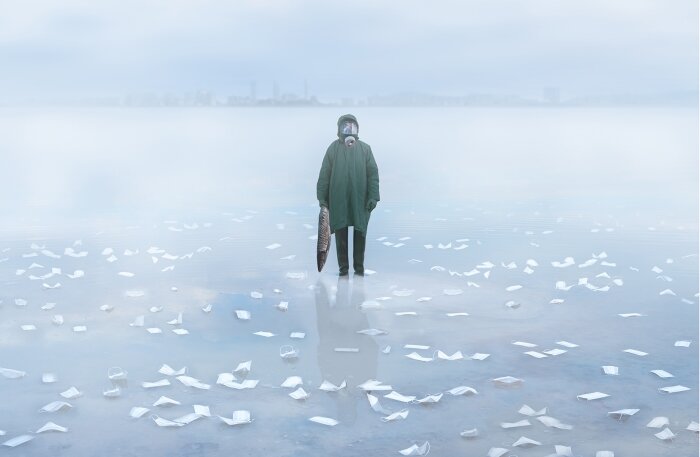 TEHRAN — Iranian photographers have won prizes in all six categories at the 3rd Naryn International Photography Exhibition in Kyrgyzstan.

The exhibition is organized under the auspices of the International Federation of Photographic Art (FIAP) and the Photographic Society of America (PSA).

The light blue FIAP badge, which is the most prestigious prize of the exhibition, was awarded to Behzad Azimi, who also won the FIAP gold medal for his photo “Survivor” in the Creative Color category.

In the Life Color section, the FIAP gold medal was awarded to Bahman Zarei for his photo “Sleep”, which depicts a collared dove lying on its nest and a man sleeping under the nest.

The PSA Gold Medal for this section went to Ali Mohammadi for his ‘Get Rid of Cancer’ photo showing a child preparing to be discharged from a medical center after recovering from cancer.

All of the top prizes in the Creative Color category went to Iranian photographers.

The PSA Gold Medal was awarded to Amir-Masud Arabshahi for his “My Own World”.

The FIAP Ribbons were awarded to Amir Enayati for “Carpets and Patterns” and Mehdi Veisanian for “Askestan”.

The awards in the Photojournalism section were won by Iranian photographers.

Farzin Izaddoost’s “Holy Surp Hovhannes Church” won a FIAP Ribbon in the Travel category, while the FPC Trophy was awarded to Amir-Masud Arabshahi for “All Together”.

In the Open Color section, Amir Enayati was the only Iranian photographer to be honored with a FIAP ribbon for his photo “The Window of Hope”.

A jury consisting of Djordje Vukicevic from Serbia, Mohammadreza Masumi from Iran and Yuksel Acikgoz from Turkey chose the winners in all categories.

A public presentation of a selection of submissions to the exhibition will take place in Bishkek, Kyrgyzstan on June 11.