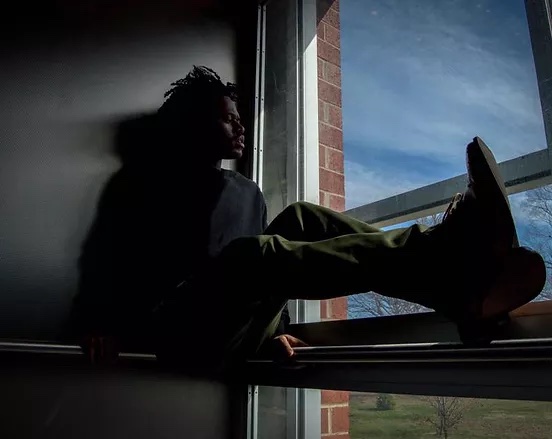 Malik J. Norman creating a kingdom through art and photography

UNC Charlotte graduate Malik J. Norman will showcase one of his latest works of art, “To Be so Black and Blue,” during the Mint Museum’s presentation of Coined in the South: 2022 on March 3 July.

The exhibition highlights artists from all over the Southeast. Norman’s “To Be so Black and Blue” is an autobiographical response to Louis Armstrong’s song “Black and Blue”.

Visual abstraction includes a collection of prints. Norman combined the 19th century cyanotype process and Van Dyke Brown to communicate his relationship to photography and how he uses it to honor his hometown of Mineral Springs.

Norman thinks that photography has been a tool used against black bodies, but he has transformed this idea to find his own salvation through light and with light.

“The song ‘Black and Blue’ has always tormented my mind. It resonates with how the black body must exist and maneuver in these critical times,” Norman said. “Louis Armstrong did it with his creativity, with his voice. He created his own kingdom. He liberated himself by pouring out his soul, and this work is something that I want to echo in my passions and in my creativity. By doing this, I pour out into others.

Norman is from Mineral Springs, which resides in the unceded territories of Waxhaw, Catawba, and Cheraw and is known as the Black Kingdom of Western Union Park. These roots have a profound influence on his work.

Norman credits his brothers for his creativity and passion for art. They spent a lot of time exploring the woods, and it was during these explorations that they began to understand the freedom of the breath and the wonders of the unknown. Norman tries to reflect these experiences in his work, the camera always being a tool to express his thoughts, especially when he felt unable to do so verbally.

“I see light existing in three ways: sunlight, light within ourselves, and light from abstraction,” Norman said. “Understanding who I am is a myth. Black identity is a myth but an understanding that gives me the freedom to create and become who I want to be. My kingdom exists through my creativity, which comes from building community , sharing community stories, creating stories and shining a light on others.

Currently a studio artist at the McColl Center, Norman graduated in Charlotte with a degree in photography and a minor in art history. He is a visual artist whose mission is to use images to build rural archives, inform social history and reform communities.

Norman hopes his work will one day be exhibited in museums and galleries across the country. He’s excited to begin this journey at ArtFields 2022 in Lake City, SC, April 22-30. He hopes that sharing his work and the stories of his community outside of his favorite places will help him better understand who he is becoming as an artist.

Norman will present a visual abstraction that includes transfers of images onto wooden pallets. The exhibit reimagines the story of the historically Black Western Union school in his hometown where his grandmother attended.

“I want to honor the light in the history of my community,” he said. “I present this history, these voices and the land. It’s going to be transformative for me to understand the kind of role he will play and the effects of holding the flame in a different space.